with over 25 years in the industry, and creator of the TBR2 Barbel Tripod.

It's nice when a plan comes together and it certainly did that for me on my last trip out to Burton on Trent, a bit of rain and a small rise and fall in river levels followed by a nice warm spike in the weather had me scrambling to get my gear ready for a mid-weeker.

I don't often 'show-off' but it's nice to just remind folks every now and again that as well as build rods, and offer advice, I know what I'm doing with one too ;)

So although not a p.b it's still a very good fish and a real beauty in the flesh, excellent condition and when it 'woke up' a proper scrapper!

Tipping the scales at 13lb dead on, this fish came just after midnight and was well worth the effort, catch of the season so far, I do love the autumn and winter for these bigger fish, makes putting up with the winter worthwhile !

* Mental note to self: next time get all the TTR logo in the picture on my new embroidered hoody ! 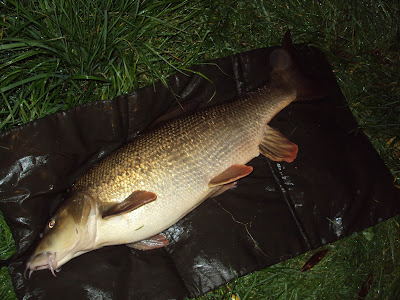 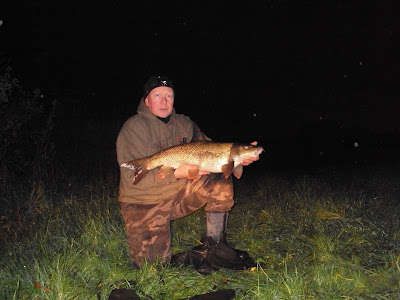 Posted by Trafford Tackle Repairs at 04:07 No comments:

A blast from the past with some Garcia Mitchell multipliers !

A few before and after shots of some Mitchells in for servicing, a very old Garcia Mitchell 600 & 624, not opened up either of these for about 10 years so It was great to reacquaint myself with some ' old tech ' as I guess they'd be called now.

Still, 'old tech' or not, they made them solid and simple and at over 30 years old, after a good service they're purring again and even shining a bit . . . . these are great old work horses that just need the minimum of looking after to keep them working, no frills, but just good old fashioned well built kit. . . . . . . . . .


As it had been a while since I'd had any of these apart I took a little longer than I normally would to strip them right down to the bare bones and re-build them from a box of bits, partly to re-familiarise myself with them and partly because I could tell they probably hadn't had a service in 20 years! To be fair they were pretty well looked after, and even so long as they're dry and not kept anywhere with lots of moisture/damp etc, they fair pretty well over the years, but with a bit of pitting to the chrome and some oxidisation here and there I got the cleaning kit out and went over the lot with a fine toothcomb, well, brush ;)

The drag washers were a bit worse for wear as well but I took them out of each reel and left them out overnight and well into the next day after cleaning and de-greasing them to re-invigorate them as the customer wasn't wanting to throw too much at them on this occasion, but the clean seems to have brought them back to life and they should last a good few sessions before needing to be replaced, which I would always point out and advise to do. 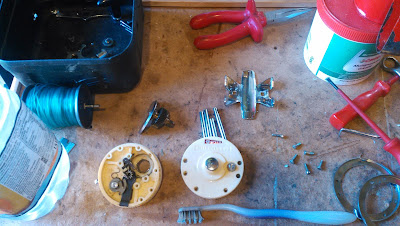 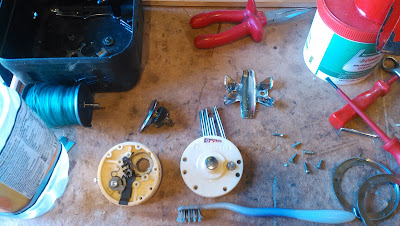 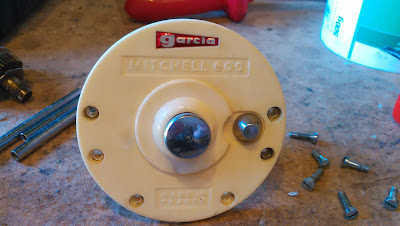 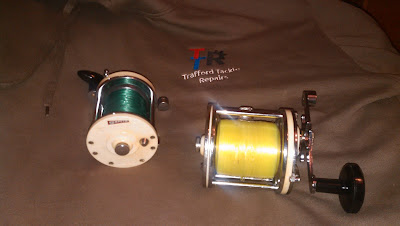 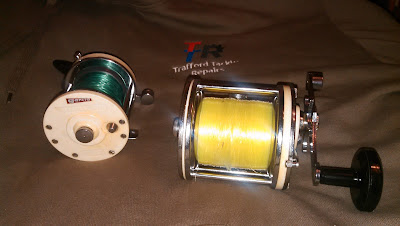 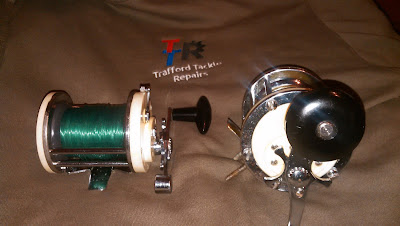 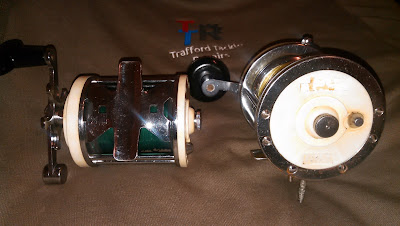 Posted by Trafford Tackle Repairs at 14:46 No comments: 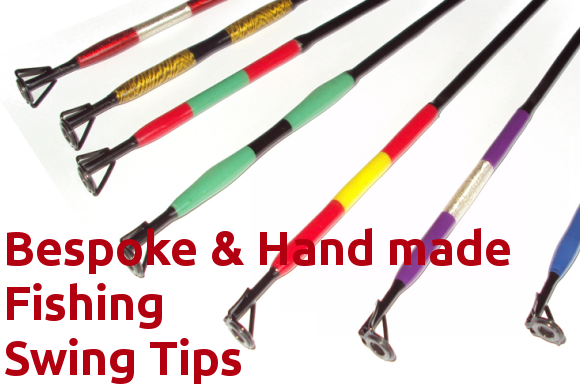 What do you think about Rod Building & Repairs In Manchester ? Share your opinion on Cylex!